The Count of Monte Cristo, Part One 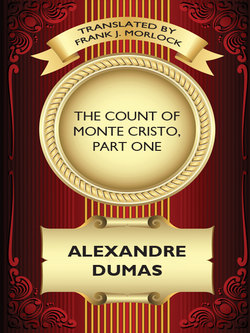 This dramatization of the classic novel is the first of four parts. In 1815 Napoleon has fled to Elba, and the Bourbons have been restored to the French throne. Young Edmond Dantes is First Mate and Acting Capt. of the merchant ship Pharoah. Everything seems bright for his future, until he's arrested for delivering a letter to Elba–a dying request of his former captain. Then three men conspire to send the innocent youth to the notorious island prison, the Chateau d'If. There Dantes meets the Abbe Faria, who gives him an education, and tells him of a fabulous treasure he's discovered. But Faria suddenly dies, and Edmond must take advantage of the sudden opportunity, or risk being imprisoned for life. He sews himself into the Abbe's burial shroud. Can he survive the plunge into the sea? An absolutely riveting drama.

Александр Дюма. The Count of Monte Cristo, Part One

Ah! So much the better! It’s always unfortunate to have a comrade who doesn’t know his duty.

Dantès knows his, Danglars, and it was Captain Leclere who ordered this release.