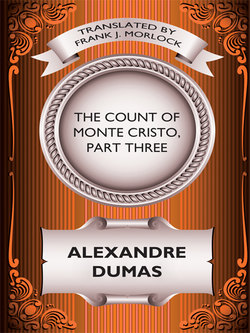 The Count of Monte Cristo is one of the great adventure novels of all time. But the author, Alexandre Dumas, also adapted his novel into four riveting plays. Part Three: The Rise of Monte Cristo is set two decades after Edmond Dantès has been unjustly imprisoned in the Château d'If. Edmond has made himself into the Count of Monte Cristo, and he now sets out to gain his revenge upon the three men who shangaied him into 14 years of prison. First on the list is Fernand Mondego, whose treacheries have brought him a fortune, a title (the Count of Morcerf), and a wife: Edmond's fiancée, Mercédès, who's long believed him dead. Monte Cristo uses his great wealth to draw a net around Fernand, gradually exposing his lies to the world. Finally, the two men must confront each other–knowing that only one of them will leave the room alive! Great action drama!

And you carry this on you?