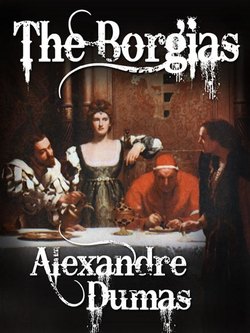 There are many dreadful – and perhaps scurrilous – rumors about the Borgia family of renaissance Italy, and Alexandre Dumas (author of «The Three Musketeers» and many other period classics) reveals one possible truth in all its ugly glory. Dumas minces no words in describing the violent acts of a violent time.

The contents of these volumes of the “Celebrated Crimes” series, as well as the motives which led to their inception, are unique. They are a series of stories based upon historical records, from the pen of Alexandre Dumas, père, when he was not “the elder,” nor yet the author of D’Artagnan or Monte Cristo, but was a rising young dramatist and a lion in the literary set and world of fashion.

Dumas, in fact, wrote his “Crimes Celebres” just prior to launching upon his wonderful series of historical novels, and they may therefore be considered as source books, whence he was to draw so much of that far-reaching and intimate knowledge of inner history which has perennially astonished his readers. The Crimes were published in Paris, in 1839-40, in eight volumes, comprising eighteen titles—all of which now appear in the present carefully translated text. The success of the original work was instantaneous. Dumas laughingly said that he thought he had exhausted the subject of famous crimes, until the work was off the press, when he immediately became deluged with letters from every province in France, supplying him with material upon other deeds of violence! The subjects which he has chosen, however, are of both historic and dramatic importance, and they have the added value of giving the modern reader a clear picture of the state of semi-lawlessness which existed in Europe, during the middle ages. “The Borgias, the Cenci, Urbain Grandier, the Marchioness of Brinvilliers, the Marchioness of Ganges, and the rest—what subjects for the pen of Dumas!” exclaims Garnett.

“My father, shall I have time?” asked the dying man.

“God will give it to you,” replied the monk.