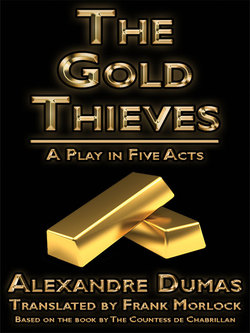 Dr. Ivans, unable to make a living in London, migrates with his two daughters to Australia, where he hopes to make his fortune; one of his girls, Melida, is forced to leave her suitor, Williams, behind. Arriving in Australia, Ivans finds himself unable to improve his fortune–he's too willing to help the poor, and has a good reputation for charitable works. Then a group of gold miners, a motley crew of Frenchmen, send for him to heal a young miner who's dying. This poor lad was stabbed by a young man named Max, who posed as his friend to steal his gold. Max falls madly in love with Melida, who is still pining for Williams. When Williams follows his lover to Australia, and gets a job with the government escorting gold shipments from the mines to Melbourne, Max decides to hijack the shipment and kill Williams. Eventually, Max is exposed and tries to kidnap Melida, leading to the action-filled climax of this fast-moving Australian «western.» One of Dumas's most unusual creations, this was based on a bestselling novel by the Countess de Chabrillan.