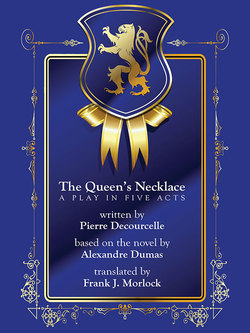 While French writer Alexandre Dumas is best-known for The Three Musketeers and The Count of Monte Cristo, many critics consider his Marie-Antoinette novels to be his greatest achievement. Indeed, he was working on a dramatization of The Queen's Necklace at the time of his death in 1870. This was never published, but French playwright Pierre Decourcelle then produced his own version of this work. A successful dramatist, Decourcelle did a brilliant job of adapting Dumas's epic novel, salting the text with such larger-than-life figures as King Louis XVI, Queen Marie-Antoninette, Cagliostro, and the Countess de la Motte. When the scandal surrounding the French court finally breaks, you have the feeling that you're actually there, watching the tragedy unfold before your eyes. First-rate historical drama!

The Count of Monte Cristo, Part One: The Betrayal of Edmond Dantès

Soon you will be going to a minister’s.