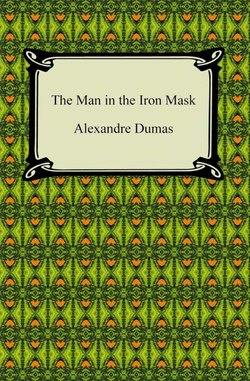 The third volume of the 'd'Artagnan Romances', of which «The Three Musketeers» and «Twenty Years After» constitute the first and second volumes, was first serialized between October 1847 to January 1850. It has subsequently been published in three, four, and five-volume editions. Our edition follows the four-volume edition. The books in this edition in their chronological order are as follows: 1. «The Vicomte de Bragelonne» (chapters 1-75), 2. «Ten Years Later» (chapters 76-140), 3. «Louise de la Vallière» (chapters 141-208), and 4. «The Man in the Iron Mask» (chapters 209-269). «The Man in the Iron Mask» is a tale that brings to life the mystery of one of the Bastille's most famous prisoners. Though they are older and the original three have retired, D'Artagnan has stayed in the corrupt King Louis XIV's service. Though no longer on active duty, the Musketeers are certainly far from idle, for they involve themselves in a plot that will set a humble, masked prisoner who does not know his identity or his crime against the king of a powerful country in a story full of conflicting loyalties. In this final adventure of the immortalized Musketeers, Dumas lavished all of his considerable literary skill in a work of political intrigue and high adventure.
Добавить отзыв