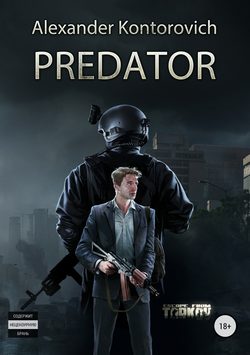 When darkness falls on the streets of Tarkov… When ordinary people who just yesterday were friendly neighbors start to kill each other over a can of food… When everyday life turns into lawless mayhem in the space of an hour… That’s when an ordinary cubicle slave can suddenly transform into a fierce implacable predator, casting aside his keyboard in favor of a heavyweight shotgun. There’s no way back to his former life. There’s only one option left – to become the biggest beast in this concrete jungle. Welcome to Tarkov…Содержит нецензурную брань.

Drip. Drip. Drip. The drips of water fall into the saucepan, already almost a third full. I have no idea where this pipe comes from or where it’s going, but there’s water in it! Perfectly good water, in fact – clean, even. I send a silent prayer of thanks to the unknown bungler who’s to blame that the pipe joint leaks. If he’d been a decent welder, I’d have had to look elsewhere for my eau de vie… So, that’s one problem solved. Just one, and there are plenty more. And water’s not the most important of them. Top of the list is survival, then finding something to eat. Everything else comes after that.

Yup, those literary heroes had it good. Shame that I’m not in a book, and not ex-spetsnaz (They’re never maimed or shellshocked either, mind). I don’t have the massive muscles, or ten years of action in difficult circumstances behind me.

I wasn’t expecting such an outburst of emotion, and couldn’t work out straight away how to answer.

“It’s chaos… Some guys with assault rifles shot a bloke right in front of me, and the police never showed!”