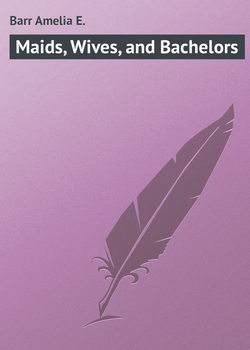 On Falling in Love

Engaged To Be Married

Shall our Daughters have Dowries?

The Ring Upon the Finger

A Good Word For Xanthippe

The Favorites of Men

Mothers of Great and Good Men

The Servant-Girl’s Point of View

Ought we to Wear Mourning?

How To Have One’s Portrait Taken

The Crown of Beauty

A Little Matter of Money

People Who Have Good Impulses

The Grapes We Can’t Reach

One of the most interesting, piquant, and picturesque of all types of feminine humanity is the American girl, – not the hothouse variety, reared for the adornment of luxury, but the every-day, every-where girls that throng the roads leading to the public schools and the normal schools, and who, even, in a higher state of culture fill the halls of learned colleges with a wondrous charm and brightness, – girls who have an aim in life, a mission to fulfil, a home to order, who know the worth of money, who are not ashamed to earn it, and who manage out of limited means to compass all their desires for pretty dresses and summer vacations, and even their pet dream of an ocean voyage and a sight of the Old World.

Physically, these girls enjoy life at its highest point. Look at their flushed cheeks and bright, fearless eyes, and watch their light, swift, even steps. They have no complaint to make of the heat, or the sunshine, or the frost; they have not yet heard of the east wind. Rain does not make them cross; and as for the snow, it throws them into a delicious excitement; while the wind blowing their dresses about them in colored clouds only makes them the more eager to try their strength against it.

It would be foolish to assert that the American girl is without faults. Physically and mentally, she may stand on her merits with any women in the world; morally, she has the shortcomings that are the shadows of her excellences. Principally she is accused of a want of reverence, and setting aside for the present her faults as a daughter, it may be admitted that in general she has little of this quality. But it is largely the consequence of her environments. Reverence is the virtue of ignorance; and the American girl has no toleration for ignorance. She is inquisitive, speculative, and inclined to rely on her own investigations; while the spirit of reverence demands, as its very atmosphere, trust and obedience. It is therefore more just to say that she is so alert and eager herself that when she meets old men and women who have learned nothing from their last fifty years of life, and who therefore can teach her nothing, she does not feel any impulse to offer reverence to mere years. But if gray hairs be honorable, either for matured wisdom, extensive information, or practical piety, she is generally inclined to give that best of all homage, the reverence which springs from knowledge and affection, and which is a much better thing than the mere forms of respect traditionally offered to old age.

It is also said that the American girl is a very vain girl, fond of parading her beauty, freedom, and influence. But vanity is not a bad quality, if it does not run to excess. It is the ounce of leaven in a girl’s character, and does a deal of good work for which it seldom gets any credit. For a great deed a great motive is necessary; but how numberless are the small social and domestic kindnesses for which vanity is a sufficient force, and which would be neglected or ill-done without its influence! As long as a girl’s vanity does not derive its inspiration from self-love there is no necessity for her to wear sackcloth to humiliate it. We have all known women without vanity, and found them unpleasant people to know.