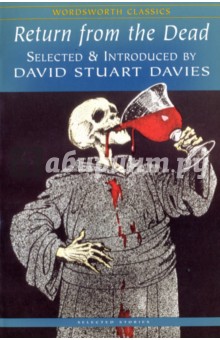 Beware, the Dead are coming back! This is a unique and fascinating collection of early mummy stories that helped to establish the chilling concept of the Dead returning to life as a potent sub-genre of horror fiction. The main feature on the mummy bill, The Jewel of the Seven Stars by Bram Stoker, is generally regarded as his best work after Dracula. A weird mixture of adventure, the supernatural and science fiction is found in Jane Webb's The Mummy, a tale written in 1827 but set in 2126. Some Words with a Mummy is by the great horror writer Edgar Allen Poe. Arthur Conan Doyle's The Ring of Thoth is the classic mummy tale and was the basis for the 1932 movie 'The Mummy' starring Boris Karloff and, indeed most mummy films ever since. Lot 249, another Doyle chiller, completes this collection, which is guaranteed to entertain and possibly prompt a nightmare.
Добавить отзыв