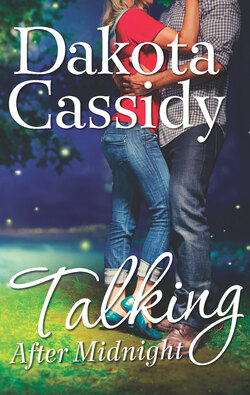 www.DakotaCassidy.comShields up, sugar–things in Plum Orchard are about to get real.Marybell Lyman is notorious for two things:Her look. The wicked hairstyle, multiple piercings and practiced sneer that say: «Stay back–I bite.»Her voice. The syrupy lilt that's her bread and butter at Call Girls, the prim little town's flourishing phone-sex company.Hunky handyman Taggart Hawthorn is mesmerized by the contradiction: such sweet tones inside such a spiky shell! He wants to know more about mysterious Marybell, to hear more of her sexy talk–all for himself.But Tag's attentions, delicious as they are, have Marybell panicked. She's been hiding a long time. She's finally got a home, a job and friends she adores. She won't have it all snatched away by another stupid mistake–like falling in love. So when Marybell's past comes calling, she and the Call Girls will prove no one handles scandals like a Southern girl!

Shields up, sugar—things in Plum Orchard are about to get real.

Since then, Dixie’d redeemed herself for the most part with nearly everyone who’d once held a grudge against her—well, everyone except the snotty Magnolias, the group of women who considered themselves the backbone of fine Southern breeding and ran Plum Orchard as if they were the mob.

Oddly, those same people who frowned upon her and the wicked women of Call Girls sure didn’t mind Dixie and her fiancé, Caine Donovan, funneling their alleged ill-gotten gains into town functions and fund-raisers for the elementary school.