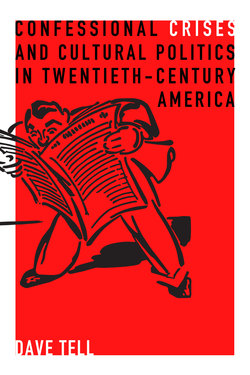 Confessional Crises and Cultural Politics in Twentieth-Century America revolutionizes how we think about confession and its ubiquitous place in American culture. It argues that the sheer act of labeling a text a confession has become one of the most powerful, and most overlooked, forms of intervening in American cultural politics. In the twentieth century alone, the genre of confession has profoundly shaped (and been shaped by) six of America&rsquo;s most intractable cultural issues: sexuality, class, race, violence, religion, and democracy.

On the other hand, while the political cachet of confession's “special stamp of authenticity” may be lucrative, it is also fragile. To the extent a confession is compelled or coerced, it is disqualified as an authentic expression. The very fact of the Miranda rights—not to mention their prominence in American popular culture—is evidence of just how tenuous is the link between confession and authenticity. Legally speaking, if a confession is not obtained in the proper manner, if the proper rituals are not observed, a confession will not be treated as authentic. Indeed, a coerced confession is definitively inauthentic, the product of an abusive power relation rather than an authentic expression of the self. On this score, labeling a text a confession de-authorizes both the text in question and the abusive power that produced it. The best evidence for the cultural power of the coerced confession is, again, the confessional crises of twentieth-century America. These demonstrate that, with as much intensity as partisan actors turned texts into confessions to cash in on the power of the authentic, they also turned texts into confessions to cash in on the power of the conspicuously inauthentic. Thus it was that the New York Times called on, of all people, the playwright Arthur Miller to explain the Starr Report—the choice itself suggesting that Starr's seven volumes constituted a forced confession and, as such, were inauthentic and could not be trusted.

Confession, then, is a volatile genre, and confessional hermeneutics is a dangerous activity. Labeling a text a confession may either endow it with an unmatched aura of authenticity or divest the text of authenticity and suggest that the power that compelled it is abusive. In either case, however, the power of the genre is calibrated not to textual features or recurrent formal characteristics, but rather to the sheer act of classifying a text as a confession. In each of the following chapters, we will see how confessional hermeneutics lends the power of authenticity, or sometimes the stigma of inauthenticity, to the embattled actors of American cultural politics.