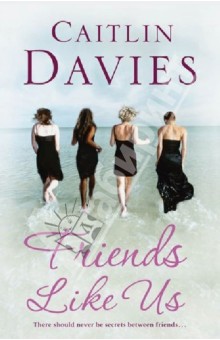 1989. At the end of an idyllic summer holiday, four teenage girls swear to be 'blood sisters', sticking with one another through thick and thin, sharing their secrets come what may. 2005. The four friends' lives have followed very different paths. Single mother-of-two Loreen is struggling to make ends meet, endlessly searching for love via the internet. Just back from California, Karen can finally introduce her friends to her long-term lover. Bel has embarked on a controversial new career as a paparazzi, anxious to make her way in a tough man's world. And Ashley has not been in touch. Just why is she keeping so quiet about her new boyfriend? Despite their pledge, all four women have been keeping secrets from one another. Secrets that finally burst into the open - with surprising and shocking results.
Добавить отзыв