The Fortunate Mistress (Parts 1 and 2) 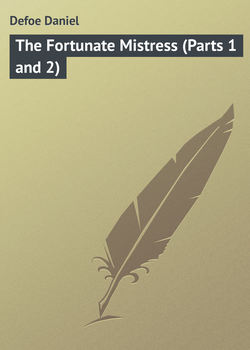 A HISTORY OF THE LIFE OF ROXANA

The history of this beautiful lady is to speak for itself; if it is not as beautiful as the lady herself is reported to be; if it is not as diverting as the reader can desire, and much more than he can reasonably expect; and if all the most diverting parts of it are not adapted to the instruction and improvement of the reader, the relator says it must be from the defect of his performance; dressing up the story in worse clothes than the lady whose words he speaks, prepared for the world.

He takes the liberty to say that this story differs from most of the modern performances of this kind, though some of them have met with a very good reception in the world. I say, it differs from them in this great and essential article, namely, that the foundation of this is laid in truth of fact; and so the work is not a story, but a history.

But the case differed between Amy and her master exceedingly; for Amy retained the same kind temper she always had; but, on the contrary, he was quite altered, for he hated her heartily, and could, I believe, have killed her after it, and he told me so, for he thought this a vile action; whereas what he and I had done he was perfectly easy in, thought it just, and esteemed me as much his wife as if we had been married from our youth, and had neither of us known any other; nay, he loved me, I believe, as entirely as if I had been the wife of his youth. Nay, he told me it was true, in one sense, that he had two wives, but that I was the wife of his affection, the other the wife of his aversion.

I was extremely concerned at the aversion he had taken to my maid Amy, and used my utmost skill to get it altered; for though he had, indeed, debauched the wench, I knew that I was the principal occasion of it; and as he was the best-humoured man in the world, I never gave him over till I prevailed with him to be easy with her, and as I was now become the devil's agent, to make others as wicked as myself, I brought him to lie with her again several times after that, till at last, as the poor girl said, so it happened, and she was really with child.