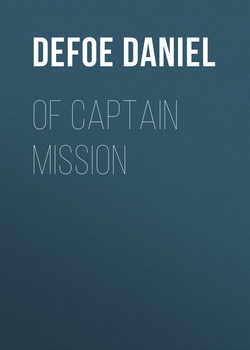 Notes to the Introduction

THE HISTORY OF THE PYRATES. VOL. II. OF CAPTAIN MISSON

If we were to accept the view of nineteenth-century critics, that Defoe was one of the earliest exponents of laissez faire, his creation of a communist utopia would seem remarkable indeed. But paradoxes fascinated Defoe, and his ideas can seldom be reduced to unambiguous platitudes. He was especially fascinated by the comparison between businessmen and thieves. In 1707 he urged the government to pardon the Madagascar pirates if they agreed to stop their crimes, pay a large sum of money and "become honest Freeholders, as others of our West-India Pyrates, Merchants I should have said, have done before them." And he noted that "it would make a sad Chasm on the Exchange of London, if all the Pyrates should be taken away from the Merchants there."1 Twelve years later just before the start of the South Sea Bubble, Defoe attacked stock-jobbing as "a Branch of Highway Robbing."2

Although these attacks were directed mainly at "trade thieves" and corruptions in business practices, they reflect Defoe's growing concern with problems of poverty and wealth in England. In his preface to the first volume of the General History of the Pyrates, Defoe argued that the unemployed seaman had no choice but to "steal or starve." When the pirate, Captain Bellamy, boards a merchant ship from Boston, he attacks the inequality of capitalist society, the ship owners, and most of all, the Captain:

Defoe's study of Misson is different from the Utopias of More, Bacon or Campanella in so far as there is no discovery of an ideal civilization. Libertalia is a Utopia which reflects a direct reaction to the abuses of the time – abuses of economic, political and religious freedom. Anticipating Beccaria's criticism of the death penalty by almost forty years, Carracioli argues that since man's right to life is inalienable, no government can have the power of capital punishment.4 Misson's belief in equality is extended to include the negro slaves the Victoire takes at sea as well as the natives of Madagascar. After asking the negroes to join his crew, Misson tells his men that the Trading for those of our own Species, could never be agreeable to the Eyes of divine Justice: That no Man had Power of the Liberty of another; and while those who profess'd a more enlightened Knowledge of the Deity, sold men like Beasts; they prov'd that their Religion was no more than Crimace…: For his Part he hop'd, he spoke the Sentiments of all his brave Companions, he had not exempted his Neck from the galling Yoak of Slavery, and asserted his own Liberty to enslave others.

Slavery is banished from Misson's ship, and the negroes are schooled in the principles of freedom.