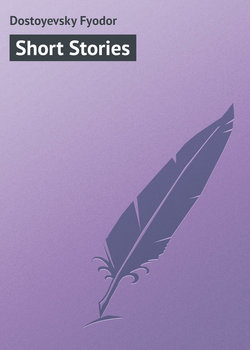 A NOVEL IN NINE LETTERS

ANOTHER MAN'S WIFE. OR. THE HUSBAND UNDER THE BED. AN EXTRAORDINARY ADVENTURE

THE CROCODILE. AN EXTRAORDINARY INCIDENT

THE DREAM OF A RIDICULOUS MAN

For the last two days I have been, I may say, in pursuit of you, my friend, having to talk over most urgent business with you, and I cannot come across you anywhere. Yesterday, while we were at Semyon Alexeyitch's, my wife made a very good joke about you, saying that Tatyana Petrovna and you were a pair of birds always on the wing. You have not been married three months and you already neglect your domestic hearth. We all laughed heartily – from our genuine kindly feeling for you, of course – but, joking apart, my precious friend, you have given me a lot of trouble. Semyon Alexeyitch said to me that you might be going to the ball at the Social Union's club! Leaving my wife with Semyon Alexeyitch's good lady, I flew off to the Social Union. It was funny and tragic! Fancy my position! Me at the ball – and alone, without my wife! Ivan Andreyitch meeting me in the porter's lodge and seeing me alone, at once concluded (the rascal!) that I had a passion for dances, and taking me by the arm, wanted to drag me off by force to a dancing class, saying that it was too crowded at the Social Union, that an ardent spirit had not room to turn, and that his head ached from the patchouli and mignonette. I found neither you, nor Tatyana Petrovna. Ivan Andreyitch vowed and declared that you would be at Woe from Wit, at the Alexandrinsky theatre.

In the first place, when, in the clear and distinct terms of my letter, I described my position, sir, and at the same time asked you in my first letter what you meant by certain expressions and intentions of yours, principally in regard to Yevgeny Nikolaitch, you tried for the most part to avoid answering, and confounding me by doubts and suspicions, you calmly put the subject aside. Then after treating me in a way which cannot be described by any seemly word, you began writing that you were wounded. Pray, what am I to call that, sir? Then when every minute was precious to me and when you had set me running after you all over the town, you wrote, pretending personal friendship, letters in which, intentionally avoiding all mention of business, you spoke of utterly irrelevant matters; to wit, of the illnesses of your good lady for whom I have, in any case, every respect, and of how your baby had been dosed with rhubarb and was cutting a tooth. All this you alluded to in every letter with a disgusting regularity that was insulting to me. Of course I am prepared to admit that a father's heart may be torn by the sufferings of his babe, but why make mention of this when something different, far more important and interesting, was needed? I endured it in silence, but now when time has elapsed I think it my duty to explain myself. Finally, treacherously deceiving me several times by making humbugging appointments, you tried, it seems, to make me play the part of a fool and a laughing-stock for you, which I never intend to be. Then after first inviting me and thoroughly deceiving me, you informed me that you were called away to your suffering aunt who had had a stroke, precisely at five o'clock as you stated with shameful exactitude. Luckily for me, sir, in the course of these three days I have succeeded in making inquiries and have learnt from them that your aunt had a stroke on the day before the seventh not long before midnight. From this fact I see that you have made use of sacred family relations in order to deceive persons in no way concerned with them. Finally, in your last letter you mention the death of your relatives as though it had taken place precisely at the time when I was to have visited you to consult about various business matters. But here the vileness of your arts and calculations exceeds all belief, for from trustworthy information which I was able by a lucky chance to obtain just in the nick of time, I have found out that your aunt died twenty-four hours later than the time you so impiously fixed for her decease in your letter. I shall never have done if I enumerate all the signs by which I have discovered your treachery in regard to me. It is sufficient, indeed, for any impartial observer that in every letter you style me, your true friend, and call me all sorts of polite names, which you do, to the best of my belief, for no other object than to put my conscience to sleep.

I have come now to your principal act of deceit and treachery in regard to me, to wit, your continual silence of late in regard to everything concerning our common interests, in regard to your wicked theft of the letter in which you stated, though in language somewhat obscure and not perfectly intelligible to me, our mutual agreements, your barbarous forcible loan of three hundred and fifty roubles which you borrowed from me as your partner without giving any receipt, and finally, your abominable slanders of our common acquaintance, Yevgeny Nikolaitch. I see clearly now that you meant to show me that he was, if you will allow me to say so, like a billy-goat, good for neither milk nor wool, that he was neither one thing nor the other, neither fish nor flesh, which you put down as a vice in him in your letter of the sixth instant. I knew Yevgeny Nikolaitch as a modest and well-behaved young man, whereby he may well attract, gain and deserve respect in society. I know also that every evening for the last fortnight you've put into your pocket dozens and sometimes even hundreds of roubles, playing games of chance with Yevgeny Nikolaitch. Now you disavow all this, and not only refuse to compensate me for what I have suffered, but have even appropriated money belonging to me, tempting me by suggestions that I should be partner in the affair, and luring me with various advantages which were to accrue. After having appropriated, in a most illegal way, money of mine and of Yevgeny Nikolaitch's, you decline to compensate me, resorting for that object to calumny with which you have unjustifiably blackened in my eyes a man whom I, by my efforts and exertions, introduced into your house. While on the contrary, from what I hear from your friends, you are still almost slobbering over him, and give out to the whole world that he is your dearest friend, though there is no one in the world such a fool as not to guess at once what your designs are aiming at and what your friendly relations really mean. I should say that they mean deceit, treachery, forgetfulness of human duties and proprieties, contrary to the law of God and vicious in every way. I take myself as a proof and example. In what way have I offended you and why have you treated me in this godless fashion?