The Weird Sisters: A Romance. Volume 1 of 3 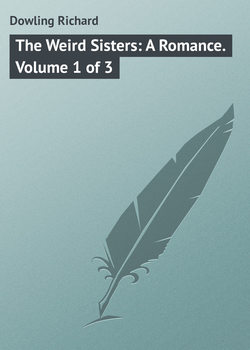 Dowling Richard. The Weird Sisters: A Romance. Volume 1 of 3

PART I. A PLAIN GOLD GUARD

CHAPTER I. A CONSCIENTIOUS BURGLAR

CHAPTER IX. A FLASK OF COGNAC

CHAPTER X. ON THE THRESHOLD OF DEATH

CHAPTER XI. BY THE STATE BED

Mr. Henry Walter Grey sat in his dining-room sipping claret on the evening of Monday, the 27th August, 1866. His house was in the suburbs of the city of Daneford.

Mr. Grey was a man of about forty-five years of age, looking no more than thirty-eight. He was tall, broad, without the least tendency to corpulency, and yet pleasantly rounded and full. There was no angularity or harshness in his face or figure. The figure was active looking and powerful, the face open, joyous, and benignant. The hair had begun to thin at his forehead; this gave his face a soothing expression of contented calm.

"Joe Farleg, Joe Farleg," mused, half aloud, Mr. Grey. "An odd name. Why am I fated always to meet people with odd ways or odd names? Well, never mind answering that question, Joe," he said, more loudly, in an indulgent tone, as though he felt he would be violating kindliness by insisting on a reply which had little or nothing to do with Farleg. He continued, "I don't think I have ever seen you or heard your name before; and although I did not think it improbable you, or someone like you, would call, I could not know exactly whom I was to see. Before we go any farther, I ask you: Haven't I been good to you without even knowing who you were?"