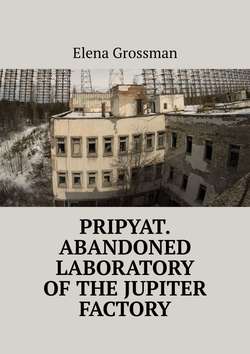 Max on the Internet meets a group of seekers who are recruiting people to travel to Pripyat. Max agrees by making a small contribution. To his surprise, his best friend Yuri will go with them. The first task will be to inspect the abandoned laboratory of the Jupiter plant, where computers for the military were previously made, but, as it turns out, the plant is under protection. After some time, Max finds out who his new friends are, and is very sorry that he agreed to go with them.

“… on the outskirts of Pripyat, in the midst of a dense forest, is the Jupiter plant. After the accident at the 4th unit of the nuclear power plant, there was a decision to close the plant forever. According to some reports, in the basement of the plant was a closed laboratory, which operated until 1996. According to rumors, military computers and black boxes were manufactured there for use in military submarines, fighters and in the space industry.” – Max finished reading an article from a newspaper that he found at the checkpoint, next to the Jupiter plant.

– And what was Jupiter really doing? Lex asked him.

“We’ll examine what interests you,” answered Max. “Or something suspicious.”

“Not only rooms here, but also workshops, only smaller ones,” Lex said, and went into one of them. Having lit the floor, he saw computer monitors standing on the floor, and a computer keyboard was piled up in a heap against the wall.