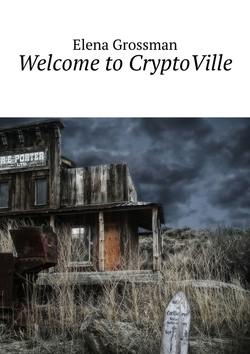 CryptoVille is a ghost town. A group of friends on their weekend decides to visit the city. Strange things happen to them in the city, the city seems to be playing with them. They are looking for a way to leave, but the spirit catches up with them and does not let them out of the city. There is only one way out of the city to give your soul to the spirit.

Cryptoville, a ghost town. Which does not appear on more than one map of the world. His story is very interesting. It was built on the land taken from shamans and sorcerers. Local authorities did not like that so much land was empty. They drove all the shamans and sorcerers from the earth, who in turn cursed the earth. And in the city began to happen, something inexplicable.

People began to suffer from deadly diseases, children were born fused, Siamese twins. Sometimes people went crazy. All this lasted for centuries. Over time, people simply died out, and someone left and never returned. So the city was empty until the tourists came there.

The sky has darkened, it should soon rain. Have time to get to the dark.

Jack was already closing his eyes.