Wives and Daughters (with an Introduction by Adolphus W. Ward) 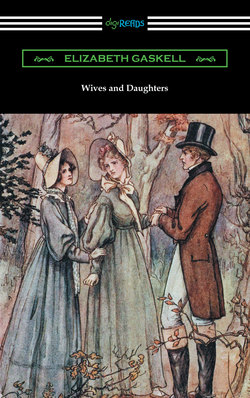 Widely believed to be her masterpiece, Elizabeth Gaskell’s “Wives and Daughters” was originally published serially in “Cornhill Magazine” between August 1864 and January 1866. The work, which was nearly finished at the time of Gaskell’s death in 1865, was completed by Frederick Greenwood. The novel’s heroine is Molly Gibson, the only daughter of a widowed country doctor in a small town in England. Molly, lonely and motherless, is befriended by the Hamley family, who are landed gentry and therefore above Molly’s station, as the daughter of a professional. After returning home to her father, Molly finds that he has remarried. While her new stepmother is petty and greedy, in sharp contrast to Molly’s warmth, kindness and innocence, Molly finds a friend and confidant in her new stepsister Cynthia. “Wives and Daughters”, a classic 19th century romantic novel that follows the daily lives and romantic entanglements of Molly, Cynthia, and their family and friends; is an insightful examination of the constraints imposed by society between individuals of professional versus aristocratic social classes. In turns both heartbreaking and comic, Gaskell’s novel will linger with readers long past the final page. This edition includes an introduction by Adolphus W. Ward and a biographical afterword.
Добавить отзыв