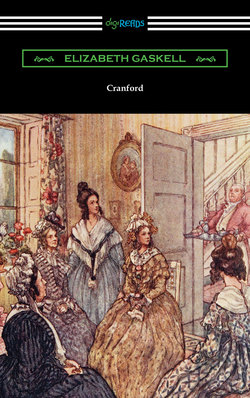 First published in eight installments from 1851 to 1853, Elizabeth Gaskell’s “Cranford”, one of her most popular works, is a gentle and humorous picture of an English country village. Based on the village of Gaskell’s childhood, the novel is narrated by a young woman visiting the town who describes the genteel poverty of the town’s female inhabitants and centers on the lives of two middle-aged spinster sisters, Miss Matty and Miss Deborah. The ladies work hard to conserve their appearances, habits, and social standards of propriety even in their reduced circumstances. Told in a series of graceful and loosely related sketches, the residents of Cranford are challenged when the poor and socially awkward Captain Brown moves to town with his two daughters. He rejects their rules of politeness and openly discusses his poverty and difficulties. Many of the novel’s tales concern the love lives, tragedies, and family dramas of the small town’s colorful characters. In a changing and modernizing world, the endearing stories and sympathetic struggles of the villagers of Cranford are captured in this compassionate and hopeful portrayal of small-town English life. This edition includes a biographical afterword.
Добавить отзыв