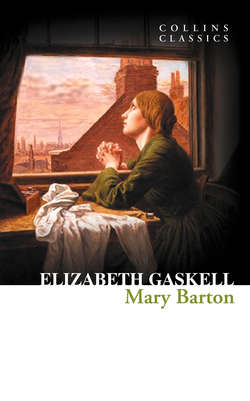 HarperCollins is proud to present its new range of best-loved, essential classics.‘We're their slaves as long as we can work; we pile up their fortunes with the sweat of our brows, and yet we are to live as separate as if we were in two worlds…’Set in the industrial unrest of 1840s Manchester, Mary Barton is a factory-worker's daughter living a working-class life in Victorian England. She soon attracts the attentions of the mill-owner's son, Harry Carson, and in the hope that marrying him will improve her prospects and help her to transcend class boundaries, she rejects her former lover Jem Wilson.However, when Harry is shot the main suspect is Jem and Mary finds herself torn between the two men. At the same time, she discovers that her father, John Barton, who has been active in fighting for the rights of his fellow workers is implicated in the murder. Gaskell's exploration of the class division and the oppression of the working-class is demonstrated effectively through the character of Mary, highlighting how lack of communication and mistrust can arise through such vast differences in lifestyle and wealth.

ABOUT THE AUTHOR. Life & Times

About Cranford and the Victorian Era

Then oi said to eawr Marget, as we lay upo’ t’ floor,