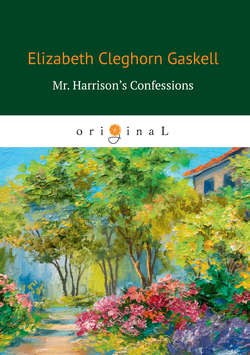 Enjoying the comforts of his well-kept home, country doctor William Harrison is prevailed upon by his longtime friend Charles, a bachelor, to dispense some advice on the «wooing and winning» of women’s affections. Lured to rural Duncombe by the promise of a partnership in a country practice, William fi nds himself trapped in claustrophobic provincial life where society is apparently presided over by the scheming of a set of under-occupied middle-aged women. Afterwards, the hapless young physician fi nds himself betrothed to three women – none of whom is the beautiful Sophy, the woman he truly desires.

‘The next morning Mr Morgan came before I had finished breakfast. He was the most dapper little man I ever met. I see the affection with which people cling to the style of dress that was in vogue when they were beaux and belles, and received the most admiration. They are unwilling to believe that their youth and beauty are gone, and think that the prevailing mode is unbecoming. Mr Morgan will inveigh by the hour together against frock-coats, for instance, and whiskers. He keeps his chin close shaven, wears a black dress-coat, and dark-grey pantaloons; and in his morning round to his town patients, he invariably wears the brightest and blackest of Hessian boots, with dangling silk tassels on each side. When he goes home, about ten o’clock, to prepare for his ride to see his country patients, he puts on the most dandy top-boots I ever saw, which he gets from some wonderful boot-maker a hundred miles off. His appearance is what one calls “jemmy:” there is no other word that will do for it. He was evidently a little discomfited when he saw me in my breakfast costume, with the habits which I brought with me from the fellows at Guy’s; my feet against the fireplace, my chair balanced on its hind legs (a habit of sitting which I afterwards discovered he particularly abhorred); slippers on my feet (which, also, he considered a most ungentlemanly piece of untidiness “out of the bedroom”); in short, from what I afterwards learned, every prejudice he had was outraged by my appearance on this first visit of his. I put my book down, and sprang up to receive him. He stood, hat and cane in hand.

‘“I came to inquire if it would be convenient for you to accompany me on my morning’s round, and to be introduced to a few of our friends.” I quite detected the little tone of coldness, induced by his disappointment at my appearance, though he never imagined that it was in any way perceptible. “I will be ready directly, sir,” said I; and bolted into my bedroom, only too happy to escape his scrutinising eye.

‘Miss Tomkinson, on whom we next called, did not strike me as remarkably requiring protection from any man. She was a tall, gaunt, masculine-looking woman, with an air of defiance about her, naturally; this, however, she softened and mitigated, as far as she was able, in favour of Mr Morgan. He, it seemed to me, stood a little in awe of the lady, who was very brusque and plain-spoken, and evidently piqued herself on her decision of character and sincerity of speech.

‘“So, this is the Mr Harrison we have heard so much of from you, Mr Morgan? I must say from what I had heard, that I had expected something a little more – hum – hum! But he’s young yet; he’s young. We have been all anticipating an Apollo, Mr Harrison, from Mr Morgan’s description, and an Æsculapius combined in one; or, perhaps I might confine myself to saying Apollo, as he, I believe, was the god of medicine!”