Getting Red-Hot with the Rogue 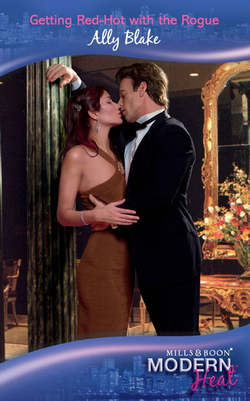 When opposites attract, sparks fly! Dylan Kelly: a devilish rogue and hot-shot businessman, who makes men stand to attention and women’s knees knock…Wynnie Devereaux: a clever, beautiful, but slightly ditzy girl, whom Dylan leaves feeling flustered and frustrated – in more ways than one…The fierce tycoon and the erstwhile protester shouldn’t get along – except sparks of desire fly between them. But will Wynnie get burnt when she gets red-hot with this untameable rogue?

GETTING. RED-HOT. WITH THE ROGUE

‘Would you do me a favour?’

Dylan’s deep voice rolled over her. ‘You certainly aren’t backward about asking for what you want—I’ll give you that.’

Wynnie was sure it helped that he appeared to be one of the more beautiful men ever to grace the planet. Her chin had practically hit the conference table when she’d first seen his photo. Heck, if he weren’t a corporate bad guy she might have worked pro bono to have him declared a protected species.

‘Ladies,’ a deep voice rumbled from somewhere over her now throbbing right shoulder. ‘Gentlemen. What a pleasure it is to see that you’ve all decided to come by on this fine sunny day. If I’d have known there was to be a party I would have ordered dim sum and wine coolers for all.’