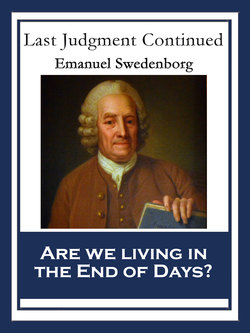 Swedenborg experienced dreams and visions in which he was appointed by the Lord to write a heavenly doctrine to reform Christianity. He claimed that the Lord had opened his eyes, so that he could freely visit heaven and hell and talk with angels, demons, and other spirits. His best known book is 'Heaven and Hell.' The destruction of the world is not meant by the day of the last judgment. Those who have not known the spiritual sense of the Word, have understood that everything in the visible world will be destroyed in the day of the Last Judgment; for it is said, that heaven and earth are then to perish, and that God will create a New Heaven and a New Earth.