Memoirs of the Life, Exile, and Conversations of the Emperor Napoleon (Vol. 1-4) 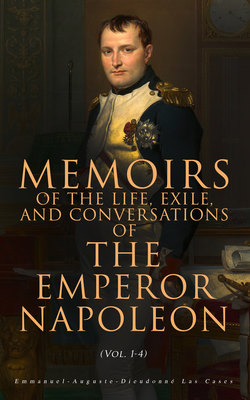 This edition in four volumes is a record of Napoleon's last years spent on the island of Saint Helena, documented by comte de Las Cases, Napoleons servant and unofficial secretary in exile. Las Cases began his journal on June 20, 1815, two days after Napoleon's defeat at Waterloo, and continued it until his expulsion from St. Helena on orders of the island's governor, Hudson Lowe, at the end of the following year. The core of the work transcribes Las Cases' near-daily conversations with the former Emperor on his life, his career, his political philosophy, and the conditions of his exile. The work entered the popular imagination as something like Napoleon's own personal and political testament, and as such became a founding text in the development of the Napoleon cult and the ideology of Bonapartism.
Добавить отзыв