Marie: An Episode in the Life of the Late Allan Quatermain 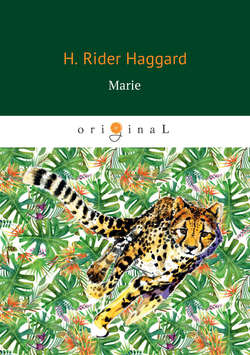 The youthful Allan Quatermain is bound for strange adventures, in the company of the ill-fated Pieter Retief and the Boer Commission, on an embassy to the Zulu despot, Dingaan. Yet he is bound, too, for one of the deepest romances of his life – for in Marie he tells of his courtship and marriage to his ﬁrst wife, Marie Marais.

Chapter 2. The Attack on Maraisfontein

Chapter 8. The Camp of Death

Chapter 11. The Shot in the Kloof

The Author hopes that the reader may find some historical interest in the tale set out in these pages of the massacre of the Boer general, Retief, and his companions at the hands of the Zulu king, Dingaan. Save for some added circumstances, he believes it to be accurate in its details.

The same may be said of the account given of the hideous sufferings of the trek-Boers who wandered into the fever veld, there to perish in the neighbourhood of Delagoa Bay. Of these sufferings, especially those that were endured by Triechard and his companions, a few brief contemporary records still exist, buried in scarce works of reference. It may be mentioned, also, that it was a common belief among the Boers of that generation that the cruel death of Retief and his companions, and other misfortunes which befell them, were due to the treacherous plottings of an Englishman, or of Englishmen, with the despot, Dingaan.

“I think, mynheer,” I replied, growing white with rage at this new insult, “the same that has happened to yonder buck,” and I pointed to the klipspringer behind Hans’s saddle. “I mean that I shall shoot you.”

“Peste! Au moins il a du courage, cet enfant” (At least the child is plucky), exclaimed Monsieur Leblanc, astonished. From that moment, I may add, he respected me, and never again insulted my country to my face.