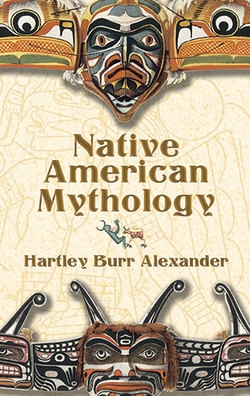 This fascinating and informative compendium of Native American lore was assembled by one of twentieth-century America's premier ethnographer/anthropologists. Hartley Burr Alexander recounts the continent's myths chronologically and region-by-region, offering a remarkably wide range of nomadic sagas, animist myths, cosmogonies and creation myths, end-time prophecies, and other traditional tales.The stories begin in the far North, among Norsemen and Eskimos, and range through the land of the forest dwellers, with extensive representation of tribes such as the Iroquois and Algonquian. Legends from the Gulf region and Great Plains encompass sun worship and trickster pranks, and from the Indians of the mountain and desert come tales of Navajo gods and episodes from the ghost world. The collection concludes among the natives of the Pacific coast, with stories of secret societies, totemism and totemic spirits, and the Raven Cycle &#8212; the supernatural lore surrounding the black bird who hung the sun, moon, and stars in the sky, put the salmon in the rivers and the fish in the sea, and amused itself by fooling people with its shape-shifting tricks.
Добавить отзыв