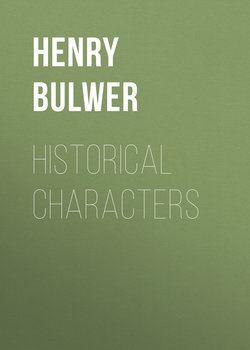 PREFACE TO THIS NEW EDITION

Part I. FROM THE COMMENCEMENT OF THE REVOLUTION TO THE EXPOSITION OF THE STATE OF THE NATION

Part II. FROM THE FESTIVAL OF THE 14TH OF JULY TO THE CLOSE OF THE NATIONAL ASSEMBLY

Part III. FROM CLOSE OF NATIONAL ASSEMBLY TO CONSULATE

Part V. FROM THE FALL OF THE EMPEROR NAPOLEON, IN 1814, TO THE END OF M. DE TALLEYRAND’S ADMINISTRATION, IN SEPTEMBER, 1815

Part VI. FROM THE RETIREMENT OF M. DE TALLEYRAND TO THE REVOLUTION OF 1830

MACKINTOSH, THE MAN OF PROMISE

Part I. FROM HIS YOUTH TO HIS APPOINTMENT IN INDIA

Part II. HIS STAY IN INDIA AND HIS CAREER IN PARLIAMENT

Part III. MERITS AS A WRITER, DEATH, AND ESTIMATE OF GENERAL CAPACITY AND CHARACTER

Part I. FROM BIRTH AND EDUCATION TO DUEL WITH LORD CASTLEREAGH

Part II. FROM MR. PERCEVAL’S ADMINISTRATION TO ACCEPTANCE OF THE GOVERNOR-GENERALSHIP OF INDIA

Part III. FROM DEATH OF LORD LONDONDERRY TO PORTUGUESE EXPEDITION

Part IV. FROM THE BEGINNING OF MR. CANNING’S POPULARITY AS FOREIGN MINISTER TO HIS DEATH

The sale which this work has had in its original form has induced my publisher to recommend a cheaper and more popular one; and I myself gladly seize the opportunity of correcting some of the errors in print and expression which, though gradually diminished in preceding editions, left even the last edition imperfect. An author with ordinary modesty must always be conscious of many defects in his own work. I am so in mine. Still I venture to say that the portraits I have drawn have, upon the whole, been thought truthful and impartial; and though I have been often reminded of the difficulty which Sir Walter Raleigh, when writing the History of the World, experienced in ascertaining the real particulars of a tumult that took place under his windows – almost every anecdote one hears on the best authority being certain to find contradiction in some of its particulars – I have not refrained from quoting those anecdotes which came to me from good authority or the general report of the period; since a story which brings into relief the reputed character of the person it is applied to, and which, to use the Italian proverb, ought to be true if it is not so, is far from being indifferent to history.

In conclusion, I cannot but express my thanks, not only to public, but to private and previously unknown critics, whose remarks have always received a willing and grateful attention, and to whose suggestions I am greatly indebted.

This decree left the future too obscure for any man of calmness and judgment to flatter himself that there was more than a faint probability of fixing its destinies for some years to come; but whatever these destinies might be, the reputation of the statesman whose views formed the mind of a rising generation, would survive the errors and passions of a past one.

It was with this thought before him that M. de Talleyrand, just previous to the dissolution of the National Assembly, or, as it is sometimes called, l’Assemblée constituante, brought under its notice a vast project of education, then too late to be decided upon, but which, printed and recommended to the attention of the coming legislature, and having at one extremity the communal school and at the other the Institute, exists with but slight alterations at this very day.