The Law of Success 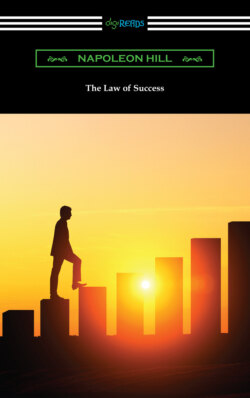 Originally published in sixteen separate booklets in 1928 before consolidated into a single volume, “The Law of Success” is the first work by famed American self-help author Napoleon Hill, well-known for his widely read classic “Think and Grow Rich”, which remains one of the best-selling self-help books of all time. “The Law of Success” was based upon interviews with and studies of successful people over the course of several years. Hill discovers that these self-made leaders of industry and innovation have several things in common, including a mindset and work ethic that help them succeed at whatever they apply themselves to. Hill distills these insights into sixteen lessons that anyone can use in their own lives to be more successful, both personally and financially. In this practical and encouraging guide, Hill discusses how an individual mindset must be changed and the will focused in order to create the proper foundation necessary for success in business and relationships. “The Law of Success” can help anyone find the path to a happier and more fulfilling life and the skills to turn their failures and set-backs into positive advantages.

A Personal Statement by the Author

Lesson One. The Master Mind

Lesson Four. The Habit of Saving

Lesson Nine. Habit of Doing More Than Paid For

THE LAW OF SUCCESS

It has been suggested that Jesus Christ discovered how to make use of the principle of mind chemistry, and that His seemingly miraculous performances grew out of the power He developed through the blending of the minds of His twelve disciples. It has been pointed out that when one of the disciples (Judas Iscariot) broke faith the “Master Mind” immediately disintegrated and Jesus met with the supreme catastrophe of His life.

When two or more people harmonize their minds and produce the effect known as a “Master Mind,” each person in the group becomes vested with the power to contact with and gather knowledge through the “subconscious” minds of all the other members of the group. This power becomes immediately noticeable, having the effect of stimulating the mind to a higher rate of vibration, and otherwise evidencing itself in the form of a more vivid imagination and the consciousness of what appears to be a sixth sense. It is through this sixth sense that new ideas will “flash” into the mind. These ideas take on the nature and form of the subject dominating the mind of the individual. If the entire group has met for the purpose of discussing a given subject, ideas concerning that subject will come pouring into the minds of all present, as if an outside influence were dictating them. The minds of those participating in the “Master Mind” become as magnets, attracting ideas and thought stimuli of the most highly organized and practical nature, from—no one knows where!