VanCleef & Arpels on the summer night 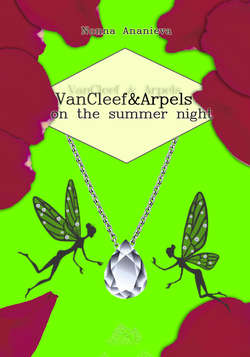 I was driving back from work in the evening at about nine, around the Ring. I kept changing lanes, but there were so many cars that this didn’t make much of a difference. It was drizzling. In the subway under Tverskaya Street two SUVs had collided – a Lexus and a Mercedes (I hate that Mercedes model; it always reminds me of a bier), blocking one of the lanes. The car crash wasn’t at all serious, but neither party would drive away. They were waiting for militiamen. Their lights twinkled beautifully, like a couple of figure-skaters at the European Championship. I thought of Beloussova and Protopopov. I had been a little girl when they were real celebrities; they had stayed in Western Europe and were nearly killed in a car accident. Sometimes the strangest associations occur to you.

The Bolshoi Theater, new stage, auditorium. I won’t go into detail about the beauty and originality of the interior decoration. Well – I should probably mention the ceiling, at least, with the chandelier right in the center. I saw something like it in Moscow, in Slava Cinema when I was a schoolgirl. At first sight the comparison is not absolutely exact, but so what? The thought struck me anyway. A folding seat in the orchestra stalls. All of a sudden I began to long for The Nutcracker, for the excited and eternally tragic music of Tchaikovsky. I opened the program booklet: “It seems that in the 20th century no choreographer – from the great traditional George Balanchine right up to the super-avant-guarde choreographer Mark Morris – has resisted the temptation of plunging into the languor of the sounds of Tchaikovsky… As his music could not be kept within the framework of a nice, simple fairy-tale for schoolchildren, it erupted into the space of tragic philosophical generalizations».

I was six when my mother took me to see The Nutcracker. “Bravo Vasiliev! Bravo Maksimova!” chanted the audience. I’ll never forget that couple. But I couldn’t call that ballet a fairytale. For two months after that, I had a dream that I went to the children’s New Year party with Kostik Sokolov, a boy from my kindergarten who I didn’t really care for in real life – we never even played together. However, like me he loathed tea with milk and that strange soup the Russians make with pickled cucumbers. After that visit to the Bolshoi I began notice grown-up music, and to develop an affection for the ballet.

– He even asked about you a couple of times, – Sergey continued calmly.

– And what did he ask about?