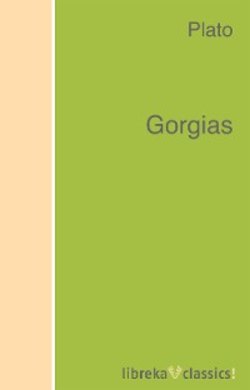 libreka classics – These are classics of literary history, reissued and made available to a wide audience. Immerse yourself in well-known and popular titles!

In several of the dialogues of Plato, doubts have arisen among his interpreters as to which of the various subjects discussed in them is the main thesis. The speakers have the freedom of conversation; no severe rules of art restrict them, and sometimes we are inclined to think, with one of the dramatis personae in the Theaetetus, that the digressions have the greater interest. Yet in the most irregular of the dialogues there is also a certain natural growth or unity; the beginning is not forgotten at the end, and numerous allusions and references are interspersed, which form the loose connecting links of the whole. We must not neglect this unity, but neither must we attempt to confine the Platonic dialogue on the Procrustean bed of a single idea. (Compare Introduction to the Phaedrus.)

Two tendencies seem to have beset the interpreters of Plato in this matter. First, they have endeavoured to hang the dialogues upon one another by the slightest threads; and have thus been led to opposite and contradictory assertions respecting their order and sequence. The mantle of Schleiermacher has descended upon his successors, who have applied his method with the most various results. The value and use of the method has been hardly, if at all, examined either by him or them. Secondly, they have extended almost indefinitely the scope of each separate dialogue; in this way they think that they have escaped all difficulties, not seeing that what they have gained in generality they have lost in truth and distinctness. Metaphysical conceptions easily pass into one another; and the simpler notions of antiquity, which we can only realize by an effort, imperceptibly blend with the more familiar theories of modern philosophers. An eye for proportion is needed (his own art of measuring) in the study of Plato, as well as of other great artists. We may hardly admit that the moral antithesis of good and pleasure, or the intellectual antithesis of knowledge and opinion, being and appearance, are never far off in a Platonic discussion. But because they are in the background, we should not bring them into the foreground, or expect to discern them equally in all the dialogues.

Socrates, who is attended by his inseparable disciple, Chaerephon, meets Callicles in the streets of Athens. He is informed that he has just missed an exhibition of Gorgias, which he regrets, because he was desirous, not of hearing Gorgias display his rhetoric, but of interrogating him concerning the nature of his art. Callicles proposes that they shall go with him to his own house, where Gorgias is staying. There they find the great rhetorician and his younger friend and disciple Polus.

SOCRATES: Put the question to him, Chaerephon.