The Tower of Death: A Play in Five Acts 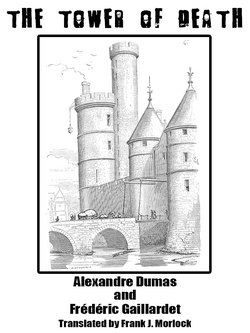 Tour de Nesle (The Tower of Death) is one of Alexandre Dumas's greatest and most powerful plays, a tale of power and conviction, although its historical accuracy is far from certain.<P> Queen Marguerite and her sisters entertain themselves by luring unsuspecting men to the Tower, which located across the Seine from the Louvre. There they entice their victims to join them for wild sexual escapades–all expressly forbidden, of course, by both Church and State. Once satiated, the ladies have their lovers murdered, and the bodies dumped into the Seine. One man (Buridan) manages to escape, and uses his knowledge of what's taking place to force the Queen to make him Prime Minister. In the end of course, the secret cannot be maintained. Dumas and Gaillardet have used a murky legend of misconduct by the daughters-in-law of King Philip the Fair to construct a compelling picture of life in court in the middle ages, and its ruthless focus on power and sex.<P> Another stunning achievement by one of the greatest French writers!
Добавить отзыв