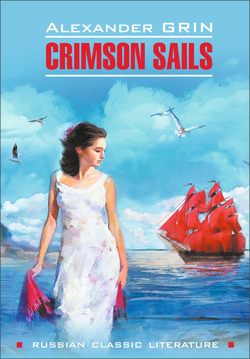 IV. On the Eve

The seeker of adventure (translated by Barry Scherr)

V. The Dragon and the Splinter

VI. The Pit in the Forest

IX. The Second and Last Meeting with Dogger

The ships in Liss (translated by Barry Scherr)

Longren, a sailor of the Orion, a rugged, three-hundred ton brig on which he had served for ten years and to which he was attached more strongly than some sons are to their mothers, was finally forced to give up the sea.

This is how it came about. During one of his infrequent visits home he did not, as he always had, see his wife Mary from afar, standing on the doorstep, throwing up her hands and then running breathlessly towards him.

“Not so fast,” Egle objected. “First, as I’ve said, you have to grow up. Then… what’s the use of talking? It will be, and that’s all there is to it. What will you do then?”

“Me?” She looked into the basket but apparently did not find anything there worthy of being a suitable reward. “I’d love him,” she said quickly and then added rather hesitantly, “if he won’t fight.”