The Major Works of Alexander Pope 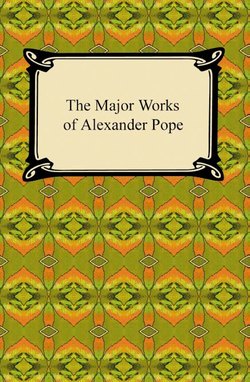 Alexander Pope (1688-1744) was a gifted poet, literary critic and translator of the Augustan Age, whose powerful poetic satire and perfection of the English heroic couplet makes him one of the most famous and respected poets of all time. Pope embodied eighteenth-century neoclassical ideals like order, beauty, sophisticated wit, and refined moral sentiment. Included in this collection is «The Rape of The Lock», a satirical poem that mocks ancient epics, one of Pope's most famous works. Also included is «An Essay on Man», a work that met immediate acclaim throughout Europe upon publication, and is still renowned today. In this work, Pope attempts to «vindicate the ways of God to man» (I. 16). Additionally, «The Major Works of Alexander Pope» also includes «The Dunciad», a work regarded as a literary landmark in satirical writing, personifying Dullness as a goddess and the harm she causes to the kingdom of Great Britain.
Добавить отзыв