The Collected Poems of Emily Dickinson 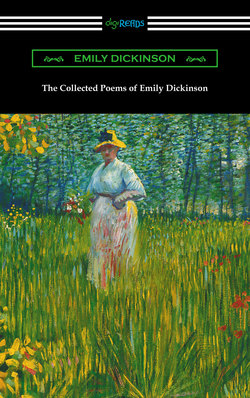 Emily Dickinson (1830-1886), the reclusive and intensely private poet saw only a few of her poems (she wrote well over a thousand) published during her life. After discovering a trove of manuscripts left in a wooden box, Dickinson’s sister Lavinia, fortunately, chose to disobey Emily’s wishes for her work to be burned after death. With the help of Amherst professors, Lavinia brought her sister’s gifted verse into print. “The Collected Poems of Emily Dickinson” brings together the first three series of her posthumous publications which debuted respectively in 1890, 1891, and 1896. It is here in this collection that we witness her poetic depth and range of style. The myth that surrounds Dickinson’s life is enhanced by the ethereal quality of her poetry. Dickinson’s idiom is as varied as her meter, and her unconventional use of punctuation, metaphor, and image make her an innovator of the lyric akin to many of the early modernists. These poems examine love, death, and nature with an effortless yet complex tone and voice. Now one of the most read and admired American poets, Dickinson’s poetry deservedly continues to resonate with modern readers.
Добавить отзыв