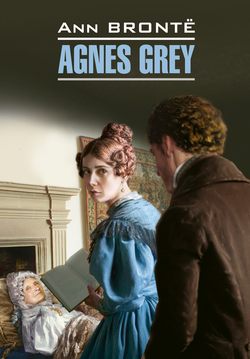 Chapter I. The Parsonage

Chapter II. First Lessons in the Art of Instruction

Chapter VIII. The ‘Coming out’

All true histories contain instruction; though, in some, the treasure may be hard to find, and when found, so trivial in quantity, that the dry, shrivelled kernel scarcely compensates for the trouble of cracking the nut. Whether this be the case with my history[1] or not, I am hardly competent to judge. I sometimes think it might prove useful to some, and entertaining to others; but the world may judge for itself. Shielded by my own obscurity, and by the lapse of years, and a few fictitious names, I do not fear to venture; and will candidly lay before the public what I would not disclose to the most intimate friend.

My father was a clergyman of the north of England, who was deservedly respected by all who knew him; and, in his younger days, lived pretty comfortably on the joint income of a small incumbency and a snug little property of his own. My mother, who married him against the wishes of her friends, was a squire’s daughter, and a woman of spirit. In vain it was represented to her, that if she became the poor parson’s wife, she must relinquish her carriage and her lady’s-maid, and all the luxuries and elegancies of affluence; which to her were little less than the necessaries of life. A carriage and a lady’s-maid were great conveniences; but, thank heaven, she had feet to carry her, and hands to minister to her own necessities. An elegant house and spacious grounds were not to be despised; but she would rather live in a cottage with Richard Grey than in a palace with any other man in the world.

‘But I have another scheme in my head, mamma, and have had long, only I did not like to mention it.’

‘Indeed! pray tell us what it is.’