Heroes Every Child Should Know 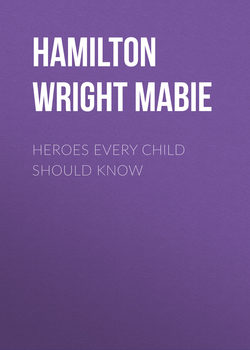 INTRODUCTION TO "HEROES EVERY CHILD SHOULD KNOW"

CHAPTER XX. THE YOUTH OF LINCOLN

Once upon a time there were two princes who were twins. Their names were Acrisius and Proetus, and they lived in the pleasant vale of Argos, far away in Hellas. They had fruitful meadows and vineyards, sheep and oxen, great herds of horses feeding down in Lerna Fen, and all that men could need to make them blest: and yet they were wretched, because they were jealous of each other. From the moment they were born they began to quarrel; and when they grew up each tried to take away the other's share of the kingdom, and keep all for himself.

Then they sighed again and answered: "Fair boy, if you are bent on your own ruin, be it so. We know not the way to the Gorgon; but we will ask the giant Atlas above upon the mountain peak." So they went up the mountain to Atlas their uncle, and Perseus went up with them. And they found the giant kneeling, as he held the heavens and the earth apart.

They asked him, and he answered mildly, pointing to the sea board with his mighty hand, "I can see the Gorgons lying on an island far away, but this youth can never come near them, unless he has the hat of darkness, which whosoever wears cannot be seen."