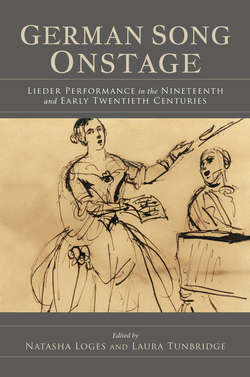 A singer in an evening dress, a grand piano. A modest-sized audience, mostly well-dressed and silver-haired, equipped with translation booklets. A program consisting entirely of songs by one or two composers. This is the way of the Lieder recital these days. While it might seem that this style of performance is a long-standing tradition, German Song Onstage demonstrates that it is not. For much of the 19th century, the songs of Beethoven, Schubert, Schumann, and Brahms were heard in the home, salon, and, no less significantly, on the concert platform alongside orchestral and choral works. A dedicated program was rare, a dedicated audience even more so. The Lied was a genre with both more private and more public associations than is commonly recalled. The contributors to this volume explore a broad range of venues, singers, and audiences in distinct places and time periods—including the United States, the United Kingdom, Russia, and Germany—from the mid-19th century through the early 20th century. These historical case studies are set alongside reflections from a selection of today's leading musicians, offering insights on current Lied practices that will inform future generations of performers, scholars, and connoisseurs. Together these case studies unsettle narrow and elitist assumptions about what it meant and still means to present German song onstage by providing a transnational picture of historical Lieder performance, and opening up discussions about the relationship between history and performance today.

Lieder Performance in the Nineteenth and Early Twentieth Centuries