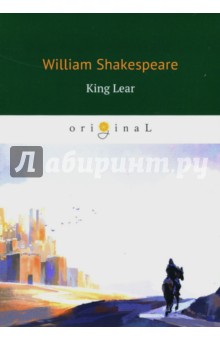 King Lear, growing old and too tired to reign, decides to divide his realm amongst his three daughters, leaving the largest share to the one who loves him the most. His two eldest daughters, Goneril and Regan, foolish and deceitful children, are rewarded for their insincere flattery. His youngest daughter, Cordelia, however, speaks honestly and truthfully, which enrages the old king. He disinherits Cordelia, and then drives himself to madness, left to wander the heath with only his Fool, his servant Caius, and the madman Tom O'Bedlam for company. Once reunited with Cordelia, Lear is too late repents his rashness, and must face the tragic consequences of his choices.
Добавить отзыв