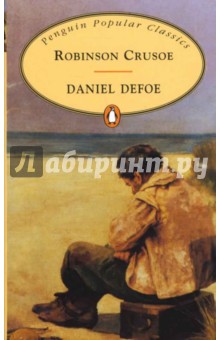 Издание полностью на английском языке. Полный, неадаптированный текст произведения. The sole survivor of a shipwreck, Robinson Crusoe is washed up on a desert island. In his journal he chronicles his daily battle to stay alive, as he conquers isolation, fashions shelter and clothes, first encounters another human being and fights off cannibals and mutineers. With Robinson Crusoe, Defoe wrote what is regarded as the first English novel, and created one of the most popular and enduring myths in literature. Written in an age of exploration and enterprise, it has been variously interpreted as an embodiment of British imperialist values, as a portrayal of "natural man", or as a moral fable. But above all it is a brilliant narrative, depicting Crusoe's transformation from terrified survivor to self-sufficient master of his island.
Добавить отзыв