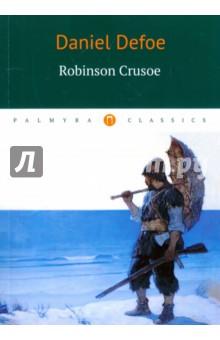 Robinson Crusoe, a novel, first published in 1719, tells the story of a castaway who spends thirty years on a remote tropical island, encountering cannibals, captives, and mutineers, before being rescued. Despite its simple narrative style the novel was well received in the literary world and is often credited as marking the beginning of realistic fiction as a literary genre.
Добавить отзыв