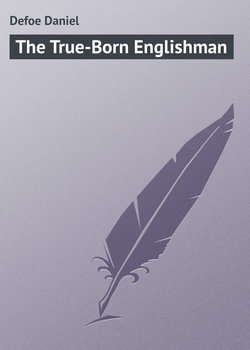 It is not that I see any reason to alter my opinion in any thing I have writ, which occasions this epistle; but I find it necessary for the satisfaction of some persons of honour, as well as wit, to pass a short explication upon it; and tell the world what I mean, or rather, what I do not mean, in some things wherein I find I am liable to be misunderstood.

I confess myself something surpris'd to hear that I am taxed with bewraying my own nest, and abusing our nation, by discovering the meanness of our original, in order to make the English contemptible abroad and at home; in which, I think, they are mistaken: for why should not our neighbours be as good as we to derive from? And I must add, that had we been an unmix'd nation, I am of opinion it had been to our disadvantage: for to go no farther, we have three nations about us as clear from mixtures of blood as any in the world, and I know not which of them I could wish ourselves to be like; I mean the Scots, the Welsh, and the Irish; and if I were to write a reverse to the Satire, I would examine all the nations of Europe, and prove, that those nations which are most mix'd, are the best, and have least of barbarism and brutality among them; and abundance of reasons might be given for it, too long to bring into a Preface.

This we might have valued ourselves upon without vanity; but to disown our descent from them, talk big of our ancient families, and long originals, and stand at a distance from foreigners, like the enthusiast in religion, with a Stand off, I am more holy than thou: this is a thing so ridiculous, in a nation derived from foreigners, as we are, that I could not but attack them as I have done.

And whereas I am threatened to be called to a public account for this freedom; and the publisher of this has been newspapered into gaol already for it; tho' I see nothing in it for which the government can be displeased; yet if at the same time those people who with an unlimited arrogance in print, every day affront the king, prescribe the parliament, and lampoon the government, may be either punished or restrained, I am content to stand and fall by the public justice of my native country, which I am not sensible I have anywhere injured.