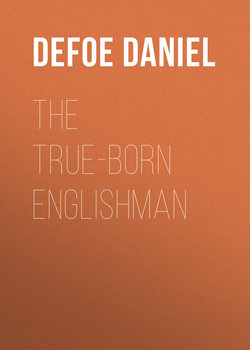 I. ROBINSON WITH HIS PARENTS

II. ROBINSON AS AN APPRENTICE

VII. THE FIRST NIGHT ON LAND

VIII. ROBINSON ON AN ISLAND

XIV. ROBINSON AS A HUNTER

XIX. ROBINSON BUILDS A HOME FOR HIS GOAT

XX. ROBINSON GETS READY FOR WINTER

XXI. HOW ROBINSON LAYS UP A STORE OF FOOD

XXVI. ROBINSON AND HIS BIRDS

XXXIV. ROBINSON AS A SAILOR

XXXVI. THE LANDING OF THE SAVAGES

XXXVII. ROBINSON AS A TEACHER

XXXIX. SAVING THINGS FROM THE SHIP

XL. THE RETURN OF THE SAVAGES

There once lived in the city of New York, a boy by the name of Robinson Crusoe. He had a pleasant home. His father and mother were kind to him and sent him to school. They hoped that he would study hard and grow up to be a wise and useful man, but he loved rather to run idle about the street than to go to school. He was fond of playing along the River Hudson, for he there saw the great ships come and go. They were as big as houses. He watched them load and unload their cargoes and hundreds of people get off and on. His father had told him that the ships came from far distant lands, where lived many large animals and black men. His father told him too, that in these faraway countries the nuts on the trees grew to be as large as one's head and that the trees were as high as church steeples.

When Robinson saw the ships put out to sea, he would watch them till they would disappear below the horizon far out in the ocean, and think, "Oh, if I could only go with them far away to see those strange countries!" Thus he would linger along the great river and wish he might find an opportunity of making a voyage. Often it would be dark before he would get home. When he came into the house his mother would meet him and say in a gentle voice, "Why, Robinson, how late you are in getting home! You have been to the river again."

So without saying "Good-bye" to his parents, Robinson went immediately on board the ship with his friend. This happened on the 10th of August.

It was hard work to get down from the tree. His limbs and back ached from sitting in the tree all night At last he slipped down and fell on the ground. He clasped his hands in prayer and thanked God for keeping him through the night.