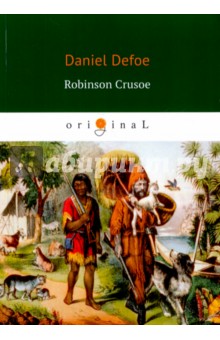 Robinson Crusoe is a novel by Daniel Defoe, first published on 25 April 1719. Crusoe sets sail from the Queen's Dock in Hull on a sea voyage in August 1651, against the wishes of his parents, who want him to pursue a career, possibly in law. After a tumultuous journey where his ship is wrecked in a storm, his lust for the sea remains so strong that he sets out to sea again.
Добавить отзыв