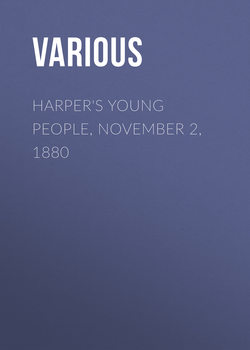 WHO WAS PAUL GRAYSON?

THROUGH THE RAPIDS WITH INDIANS

OUT OF THE WOODS

Of all the long list of officers who served the East India Company there were few men whose careers were more remarkable than that of General John Jacob.

Others have raised regiments, conquered provinces, and afterward administered justice therein; but John Jacob was the first man who created a nourishing town in a desert wilderness, and formed first one and then three splendid regiments out of the most sanguinary and lawless cut-throats on the face of the earth. In the athletic exercises so dear to the Beloochees he excelled them all. Among a people who may be said to be almost born on horseback, there was no rider like the commandant of the Sind Horse.

They were few but expressive: "Rascal! can you give me any reason that I should not blow your brains out?"

The prisoner remained silent. Nubbee Bux continued: "If I took you to yonder village you would, as you know, be torn to pieces. If I give you up to justice you will certainly be hanged. If, however, you obey my orders implicitly, I may deal with you myself. Tell me instantly how you managed all these robberies, and how you became possessed of that ugly mask you frightened all the poor fools with."