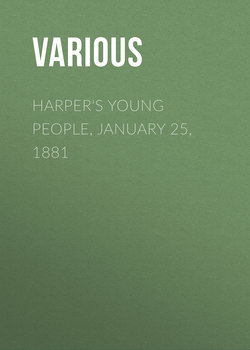 TOBY TYLER; OR, TEN WEEKS WITH A CIRCUS

HOW IT HAPPENED TO SNOW

THE ADVENTURES OF A RUNAWAY KING

Many of the readers of Harper's Young People will be both surprised and sorry to learn that there are parents who are not only willing to sell their baby girls for a few pennies, but when this can not be done, to cast them out upon the highways to perish either by the wild beasts that prowl about at night, or by the fiercely glaring sun that heats the sand so that even a dog will not venture out at noonday for fear of burning his paws.

"Where do these cruel people live, and who are they?" I hear a bright little girl ask.

There are two sorts of Arabs among whom the missionaries work – the farmer Arabs, who live in mud villages, and the Bedouins, who dwell in tents, and roam the deserts a little farther south, and keep large flocks of sheep and camels.

These shepherd Arabs despise the milder farmers, but condescend to visit them, after harvest-time, to barter camels and goats for their barley and other grains, for they never stoop to till the soil or do work of any kind; their girls and women – at least such as they see fit to rear – do all their necessary work, such as cooking, sewing tent and saddle cloths, making mats, dyeing wool, and tending the animals, with which they live almost in common, and which are often ranked above them.