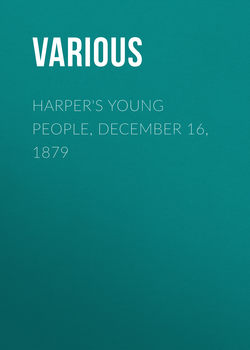 ONE TOUCH OF NATURE

THE WEASEL AND THE FROGS

THE MOTHER SINGS SOFTLY TO HERSELF:

Stand erect, with the chin turned a little up. Draw through the nose all the air you can, till your chest is brimful. Now place in the mouth a piece of clay pipe stem, say an inch long, and blow through it as long and hard as you can, as if you were trying to blow out a flame.

Well, what does this do? Try a few whiffs, and see. If not used to it, at first it may make you feel dull, perhaps dizzy. But this soon wears off, and you find that a few minutes of this lung-filling now and then through the day is working wonders. The chest seems to be actually growing larger; and it really is, for you are stretching out every corner of it. But the heart and stomach – indeed, about all the vital organs – feel the new pressure, and better digestion, brisker circulation, and a warmer and very comfortable feeling over the whole body are among the results. M – , an oil-broker in New York, says that at thirty-six he had a weak voice, stood slouched over and inerect, was troubled with catarrh, and knew too well what it was to have the stomach and bowels work imperfectly. Most people can not inflate the chest so as to increase its girth over two inches. By steady practice at his little pipe, he in about a year got so that he could inflate five whole inches. But now his chest is noticeably round and full, and he is as straight a man as any in a dozen. His weak voice has gone; indeed, he says he has the strongest voice of any in a choir in which he now sings. The catarrh has left, while his stomach is simply doing nobly. The fuller veins in his hands and the swifter reaction when he bathes tell that his circulation is also stronger and quicker than formerly, while he has a general health and buoyancy to which he had long been a stranger. These are surely wonderful changes in a man of his age, and in that brief time, and each change is plainly for the better. Not only do his friends remark it, but he delights in telling all who will listen. A lady friend, following his example, found her angular shoulders and indifferent chest fast improving in a way most gratifying. A friend, at our suggestion – one of the fastest half-mile runners in America, by-the-way – tried the pipe. In five weeks of faithful practice he so enlarged his chest that when his lungs were full he could scarcely button his vest. He says that in severe running he finds his throat and bronchial tubes do not tire as easily as before, but are tough and equal to their work, and so help him to more sustained effort.

Walter's fears were fully confirmed. He sank into a chair, and gave way to an outburst of indignation.

"Don't trouble yourself about being left alone," said André; "your friend told me last night that he would be sure to return to-morrow, and has given me orders to let you have everything you ask for."